Chris Clark wasn’t a name many people in the elite marathon ranks were familiar with back in 2000 when she was headed to the Olympic Marathon Trials. She certainly wasn’t among the favorites to earn the guarantee spot on the U.S. Olympic marathon team that would go to the winner.

There were a lot of reasons why Chris wasn’t considered to be among the top competitors. At the time, she was living way up in Alaska with her husband and two kids, working three days a week as a pathologist. Given that training for this event had to happen over the winter, Chris had done most of her running on a treadmill.  And at 37, she one of the oldest runners at the trials. Also she was fast, but when compared to her competitors, she ranked 25.

And Chris herself was realistic about her expectations. Her goal was to finish in the top 20; maybe, she thought, if it were a really great day, she could crack the top 10.

And yet, on that hot February day in South Carolina, out on a hilly course, Clark pulled off the unimaginable: she won.

I had the great pleasure of telling Chris’s incredible story for the NPR sports show “Only A Game,” which is produced out of WBUR in Boston. The story aired on March 6, 2020, and lives on in podcast form. I welcome you to have a listen. 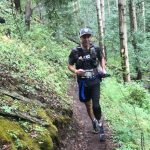 Dave Mackey’s Comeback Story, on “Only a Game”Uncategorized 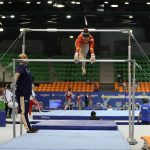